90th anniversary of the birth of Francisco Peralta

Francisco Peralta is one of the most important personalities in the history of puppetry.

His work has been distinguished by the most prestigious national and international awards.

Two years ago, on January 2, 2018, Francisco Peralta passed away, but his memory is still very present in Segovia thanks to the Puppet Collection that bears his name.

The imprint left by Francisco Peralta and his link with the city of Segovia are profound. Between 1980 and 1984, he taught at the School of Arts and Crafts in Segovia. During this period he created, with his students, a new version of Romance de la Condesita and in 1982 he officially created the foundation Marionetas Peralta del Amo, together with his wife Matilde and his daughters.

In 2014, the Francisco Peralta Puppet Museum was inaugurated in the Puerta de Santiago, one of the ancient gates of the Segovian wall, an important part of the city’s heritage. This permanent exhibition has 38 puppets donated by master Peralta to the city of Segovia.

For more information on Francisco Peralta’s puppet collection, see here or there 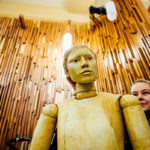 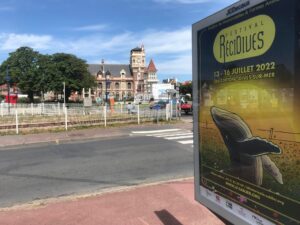