The town of Dives-sur-Mer, which joined the AVIAMA in 2021, has been hosting the Festival RéciDives since 1986. The merger of the CréAM (former association organizing the festival) and the Jean Vilar Theater in Ifs has allowed the creation of the Sablier, National Center of Puppetry in preparation. In 2023, the Sablier will occupy the first floor of the Beffroi, a former industrial factory and an emblematic figure of the city’s working class history, as a place of cultural life.

The Beffroi project is part of a territory contract signed between the community of communes Normandie Cabourg Pays d’Auge and the Region of Normandy. The city of Dives-sur-Mer plays an important role in the site’s redevelopment process. The Rouen agency ACAU is in charge of the rehabilitation project in 2019; the team of architects proposes a layout that respects the existing building and adds a contemporary part for the auditorium that has a capacity of 125 seats.

The Beffroi, listed in the supplementary inventory of historical monuments since 2007, bears witness to the city’s working-class history. It will host two cultural structures, the Sablier and the intercommunal music school. The Beffroi is thus part of a cultural continuity that will allow the city and the intermunicipality to develop a central cultural pole.

Le Sablier will occupy the first floor with a fabrication workshop in the window visible to all. The two floors will be dedicated to the music school, which will consist of an auditorium and classrooms. The project aims to enhance and make available the Culture, while creating a close link with Port Guillaume, a final step to complete the reconversion of Dives-sur-Mer. Located in the belfry of the former Terfimétaux factory, the premises will have a rehearsal room / black box with an equipped stage, a retractable bleacher of 120 seats, a construction workshop, a dressing room, offices, a kitchen shared with the music school and a hall which should be able to accommodate exhibitions.

The strength of these two structures will allow important actions of promotion and mediation, around the art of the puppet. The city also plans to invest the premises in order to preserve the archives of the history of the factory and its workers. In addition, a memorial trail will trace the industrial and human adventure of the city. It will start from the Belfry and cross the cities. Totems and explanatory panels will be installed. 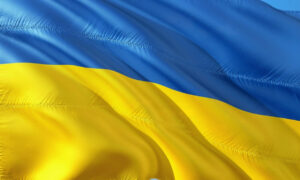