Around the corner, an unusual citizen catches the eye of passers-by. Some may find her strange, but others smile at her or even send her a hand – not the first time they’ve met her downtown.

L’AUTRE (the other) is a human-sized puppet walking around shops and public spaces. She experiments the human daily life by various actions such as sipping a coffee on a terrace, reading a book in the library or ordering a meal in a restaurant.

During a formal ceremony held at the Saguenay City Hall, Saguenay’s elected officials welcomed L’AUTRE (the other) who was officially proclaimed “Saguenay’s citizen puppet”! The event was an opportunity for this Quebec city to signify symbolic support to its cultural milieu and to celebrate World Puppet Day while proudly underlining its membership in AVIAMA.

“Saguenay has recognized the impact and importance that the human-sized puppet, L’Autre, can have on young and old alike. Saguenay is probably the only city to have a puppet as a citizen and of international renown. We did not hesitate for a very long time to make him a full-fledged citizen of Saguenay,” said Josée Néron, mayor of Saguenay.

Since then, this puppet has been circulating regularly in the city as part of the “L’Autre dans la cité” project, an original artistic concept designed by La Tortue Noire, a theatre company from Saguenay. In order to inscribe the actions of L’AUTRE in the public space, a brigade of four puppeteers is constantly on the lookout, prioritizing improvisation and spontaneous gestures. They accompany L’AUTRE in its encounters with the population to demystify the puppet arts, with the intention of cultural mediation.

Citizen meetings on a human scale

The dimension and realistic gestures of the puppet, made by artist Mylène Leboeuf, have elicited numerous reactions during more than twenty public outings in Saguenay. To date, close to 10,000 Saguenay citizens have been able to see The OTHER in public space. In addition, this unique character has travelled to other cities a few times and has even visited several cities in Mexico. Beyond simple animation, the presence of this human-sized puppet, this “other citizen”, aims to foster collective awareness and calls for an openness to community life. His surprising presence leaves no one indifferent.

A video capsule is available on the web platform of La Fabrique culturelle de Télé-Québec: https://www.lafabriqueculturelle.tv/capsules/10966/l-autre-dans-la-cite-le-theatre-de-la-tortue-noire 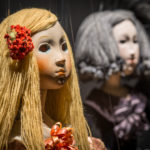 90th anniversary of the birth of Francisco Peralta

Over 15,000 visitors for the Festival de Casteliers in Montreal 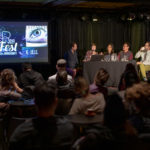 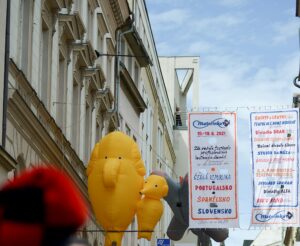 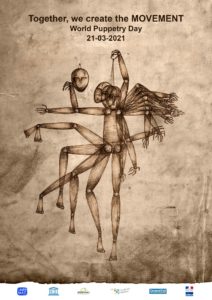